This will be the first word you will be looking for after landing. Suppose the airport you just landed in doesn’t have English translation, how are you going to find your way out (I know you will follow other passengers) but what if your bag is last on the baggage carousel?  I learnt this the hard way when I was using the subway train in Sao Paulo(Brazil). There was one instance where I had taken a train going in the wrong direction. I jumped out the next station to change platforms and before you know it I had exited the boom gates( instead of turning left). So I had to buy a new train ticket( what a waste of money).

Especially in the non-touristy areas, you just have to the the local  translation of the word entrance. You don’t want to be the one who is always being shouted at ” No! No! use the other door!” especially in grocery shops.

Locals tend to pay more attention to you and be willing to help when you greet them in their native language. I really had a tough time in Paris when I was trying to get directions to my hostel. I  greeted the first person and he said ” no! no English”. The same applied to the second, third and forth person. I even got frustrated that these people don’t even wanna hear me out. I later learnt that I would have rather greeted in their native language than English (apparently English is not their preference ).

Trust me, you will mention this word plenty times but there’s no point if the person you are saying to doesn’t understand it.

You don’t have to learn 1- 100 lol, but just the basics, comes very handy when placing food orders at take away places. Also when you are being given directions( it’s not always guaranteed that you will meet someone who speaks English), you will have an idea that he means you must turn on the forth street.

Yeah sure, you understood that its the forth street but which direction do you take?

Learning these six simple words will make your trip a lot more pleasant.

1. There’s a whole lot of walking involved and climbing up and down canal bridges. My hostel was 20min  (walking) away from the main bus station called Piazzale  Roma and I had to go over six bridges. So you can imagine how exhausting it must have been with my luggage.  There other thing is there are no taxis unlike most countries where you can just take a cab outside your hostel. All means of transport are around Piazzale Roma, a train station as well as a water bus station. So be prepared to walk.

2.  Venice is very safe. As a female solo traveler, I felt very safe walking alone at night. It gets really quiet though, but I loved strolling over the canal bridges and looking over the still waters in canals (talk about priceless moments). 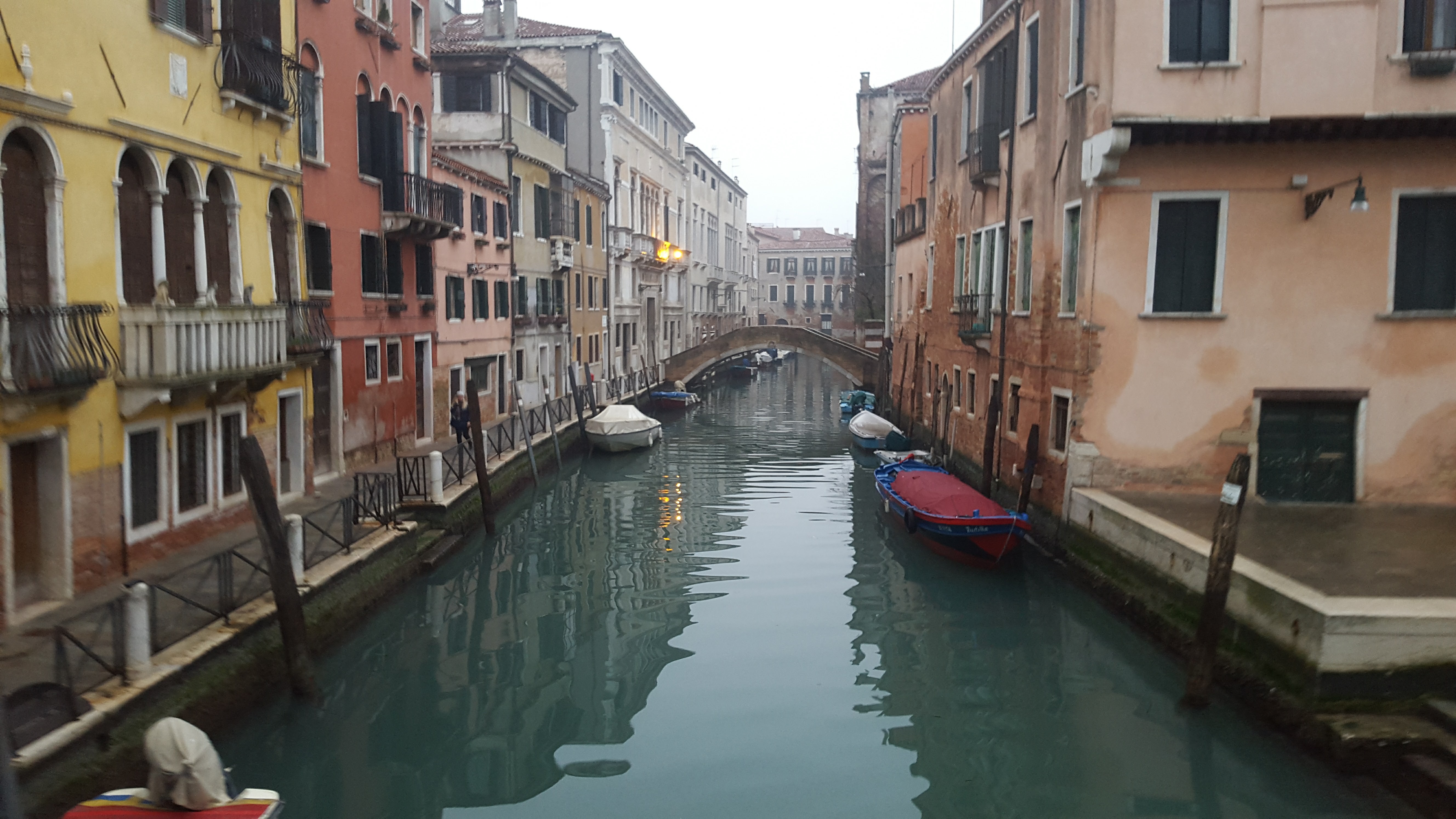 3. Coffee is cheaper when you have it by the counter than when seated. Being a budget traveler means I have to stretch my money. I’m a coffee lover by the way so I really enjoying sitting in for a cup of coffee. But this time around, i always had my coffee by the counter. I couldn’t afford to spend extra Euros just to sit in.

4.The Acqua Altar. So I found out about this a week before my Venice trip and I was as nervous as a long-tailed cat in a room full of rocking chairs. So these are high tides that flood into Venice Lagoon  leaving part of the city under water.  Well Venetians are quiet used to it, saw some pics of some of them enjoying coffee around a table while water goes up to their knees. So its better you know about this before you go so that you don’t freak out when it happens. If you don’t like the idea of getting wet, then you can just get yourself rain boots( they’ve got ones that go up to your thighs).

5. They serve the best hot chocolate. Being a coffee lover,  I always look forward to having coffee in every country that I go to. So their hot chocolate is the best(my opinion) by far. It tastes like melted chocolate, so rich and so damn delicious.